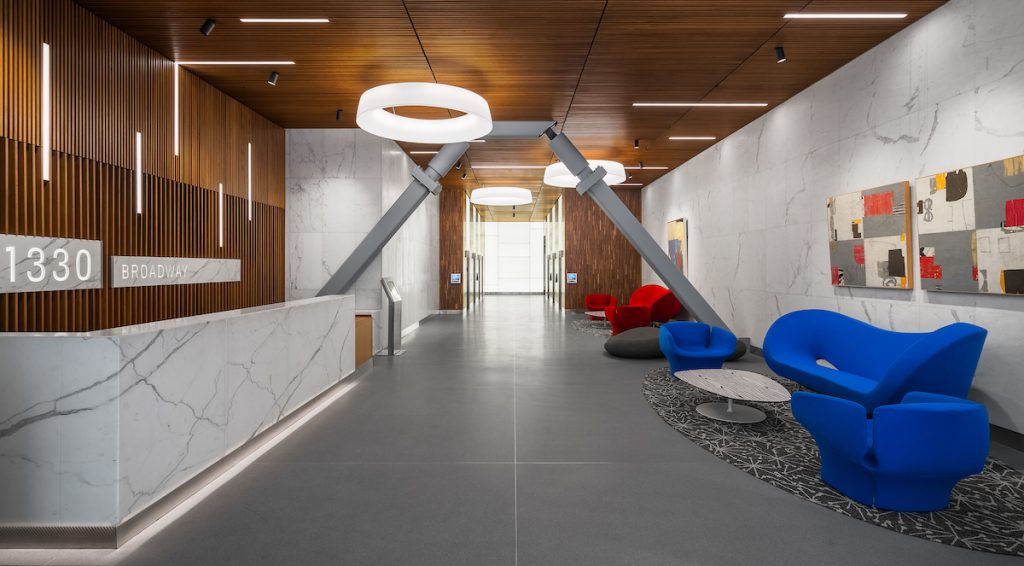 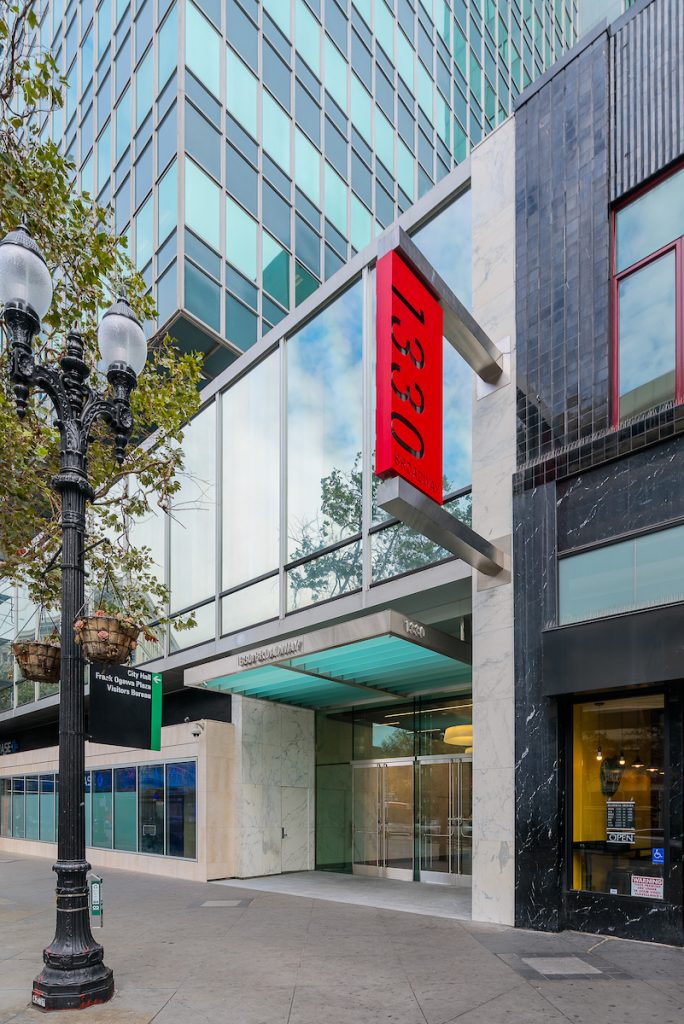 Recently named Real Estate Deal of the Year by San Francisco Business Times, 1330 Broadway is being recognized for its renovation from a Class B to a Class A building. This huge transformation has attracted the likes of big name tenants such as Oracle, ARUP and Clovis Oncology.

Originally built in 1958, the 19 story 315,000 SF. building had become very dated. When we were called upon by TMG Partners to aid in the renovation we were thrilled to get involved in the revitalization of downtown Oakland. This space had huge opportunity, already lending itself to the demands of the modern day worker; close to public transit (12th Street BART) and walk-able to many restaurants and businesses. To further its urban appeal , a large bike room and shower/locker room amenities were added. Other major renovations included the main entrance exterior, lobby area, elevators and conference rooms.

Article feature by The Registry